Interview in The World Newspaper

Kerry Boyle, the President of the Vermont Acupuncture Association and licensed acupuncturist at Integrative Acupuncture in downtown Montpelier and Williston, starts her story with an analogy: “if people have back pain, they may not need needles in the back, but in the shoulder or wrist. For example, if you have a lightbulb issue, it may be with the lightbulb, but it might also be with the switch. Sometimes we have to treat the switch.”

Could this analogy extend past treating a particular body to treating chronic pain and ultimately Vermont’s opioid epidemic?

According to results from the Vermont Medicaid Study, acupuncture may be an alternative to an opioid prescription. It may even help prevent pain from turning chronic to begin with.  However, a single session can run as high as $95. This limits access for low-income Vermonters seeking a way to manage their pain.

Kerry Boyle wants to change that.

Originally from Vermont, Boyle has been in practice for fourteen years. She is passionate about exposing people to acupuncture for the first time. After ten years traveling the world, she returned to Vermont and opened Integrative Acupuncture in downtown Montpelier and Williston.

“There is a simplicity to acupuncture in the diagnostic process,” Boyle explains. “If something is cold, apply heat, if something is excessive, reduce it. It’s this beautiful yin-yang idea.”

Boyle practices traditional Chinese acupuncture, which is commonly practiced in the United States. She inserts ten points per patient. The needles, which are roughly the size of a couple hairs, are so fine that most people do not even feel them. They then remain in place for about 20-25 minutes.

The sort of response to expect really depends on what is being treated. During that time, patients may feel waves going up and down their bodies. They may feel heavy on the table, they may slip into sleep. Some may feel an energy boost, while others may want to go home and nap.

She continues, explaining that “some muscles relax so others can work. Also, if your body thinks it is undergoing an injury, your brain is going to flood the body with dopamine, serotonin, and endorphins. That’s a great bio-chemical mix. Which is why acupuncture is good for other things, such as PTSD, depression, and anxiety.
Integrative Acupuncture is affiliated with UVM CVMC Montpelier and Williston Integrative Family Health in Montpelier and Williston. They work collaboratively with providers and receive referrals from medical doctors, osteopaths, nurse practitioners, and chiropractors. Many health care professionals see a need for acupuncture as part of their patients’ treatment plans.

To make this happen, the Vermont Acupuncture Association went to legislators and explained that it was time for Medicaid to cover acupuncture. However, Legislatures wanted more data focused on Vermont. They allocated $150,000 and, with Robert Davis, a licensed acupuncturist leading the study, began working on gathering data.
Davis was able to enroll approximately twenty acupuncturists from across the state to offer treatments to one hundred fifty-six adults with chronic pain.

The study allowed for Vermonters who are over the age of eighteen and who experience chronic pain, to receive twelve acupuncture treatments for free over the course of three months. During that time, people reported better sleep and improved digestion. They also reported that they could work longer hours because they could stand longer.

Boyles eyes widen as she talks. “They reported just overall improvement of quality of life.”

But do people feel better because they think they’re engaging in self-care?

“Self-care certainly has a role. Maybe just having a care provider spend a little more time to sit with a patient. There’s a lot to be said about that.”
Boyle continues, “but why do animals experience results from acupuncture? Why do children? You can look at the results online, but in general the results make it difficult to say you have to stop coming. People were getting better.”

Next year, Boyle hopes legislator realize that Vermonters, especially low-income Vermonters, need access to this treatment. They want an alternative to opioid prescriptions.

When the Medicaid study started, there was a very short window of time to enroll people. In fact, Davis had concerns that they would struggle to fill it. They only told doctors. But word spread and they actually filled the study before they were even ready. They even had to bring on a second research assistant to help with enrollments.“I’m really passionate about it. I’ve been in this long enough to see some really amazing changes, and it is heartbreaking to have people stop care because of finances.”

One way people can get involved is to talk to the legislature and let them know if acupuncture has been effective for them, and if they want access to it. Visit the Vermont Acupuncture Association at vtaa.org for more info. 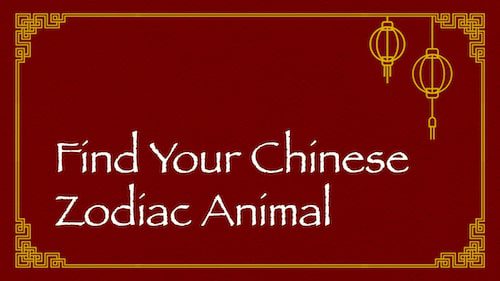 Use our Chinese zodiac calculator to help you find out accurately what is your Chinese zodiac animal. You will receive an email of your 2021 astrological forecast for your animal for love, health and fortune for this year of the Yin Metal Ox.