Our Joint Pain Formula is used to treat inflammation, stiffness and pain associated with conditions such as arthritis, osteoarthritis, and rheumatoid arthritis. 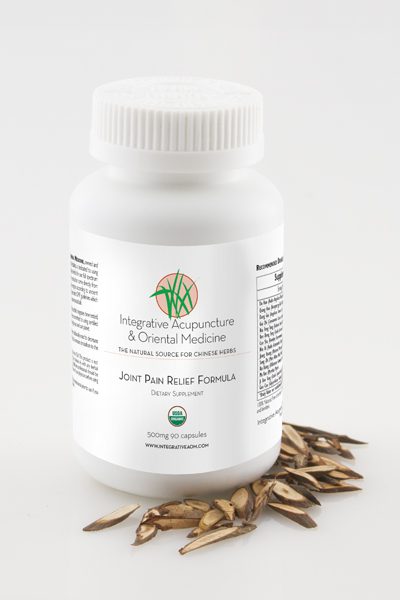 Our Joint Pain Formula is used to treat inflammation/stiffness and pain associated with conditions such as arthritis, osteoarthritis, and rheumatoid arthritis. It can also be used with other chronic conditions that affect the joints. In Chinese medicine, this formula warms the channels, expels dampness, calms wind and breaks blood stagnation to relieve pain.

*The statements on this page have not been evaluated by the Food and Drug Administration. This product is not intended to diagnose, treat, cure or prevent any disease.

I have Ehlers-Danlos Syndrome and have chronic joint pain. I have been using this formula for about six months, it has been very effective at relieving my joint pain. – Page M.

This herb is dispersing and drying in nature. Du Huo is an important herb for dispelling wind dampness that can accumulate in the body. Going to the Kidney and Liver channel enables Du Huo to help with pain and soreness in the lower half of our bodies.

Qiang Huo is a relative of the angelica species. Its name refers to the Qiang Zhong area in China where is grows abundantly. Its flavor is pungent, bitter and warm. It treats a variety of conditions such as conjunctivitis, fevers, colds and headaches.

Radix Angelicae Sinensis, Angelica, has a special affinity for female gynecological disorders. It is known to help balance hormone levels and provides supplemental estrogen. Additionally, Angelica relaxes smooth muscle tissue in the body and increases circulation. It nourishes yin substances such as blood, synovial fluid which surrounds and feeds joints. In Chinese medicine terminology, it enriches and moves blood, it is very good at reducing pain anywhere in the body.

Cinnamon is well known as a culinary spice but did you know it has powerful medicinal actions. Cinnamon is spicy, sweet and warming. In Chinese medicine many arthritis conditions are caused by excess cold in the body. Cinnamon warms and moves energy and increases circulation to reduce pain throughout the body.

Kadsura Stem is from a vine that grows throughout Asia. In Chinese medicine its main functions are to clear wind and dampness from the body. It is used to treat rhematic conditions, arthritis and muscle soreness.

There are 200 species of honeysuckle that grow worldwide. Japanese honeysuckle (Lonicera japonica) is used in Chinese medicine. Honeysuckle stem is used to clear heat and toxins from the body, unblock the meridians and promote the flow of Qi. These actions help reduce pain and inflammation associated with joint pain.  Clinical studies have shown it to be effective to treat all kinds of arthritis, cervical spondylosis pain, gouty arthritis and other joint and muscle pain associated with lupus and Sjogren’s.

This is herb is said to strengthen the sinews and the low back. It has been shown in laboratory experiments to have analgesic effects. In Chinese medicine in nourishes the Liver and Kidney yin.

Turmeric is a member of the ginger family. It is now sold in most grocery stores and has an array of medicinal actions. For thousands of years it has been used in Indian cooking as a food colorant and for flavoring curries. One double blind study found it to be more effective in treating post surgical inflammation than pharmaceuticals. Curcumin is the active ingredient that is responsible for is powerful anti inflammatory.

The mulberry tree originated in East Asia but now grows all over the world. It is hearty and can thrive in a variety of conditions. Mulberry Twig is harvested in the spring and summer, sun dried and then cut into slices.  It is used to treat rheumatic pain in the limbs, pain in joints from arthritis and all kinds of spasms.

Myrrh is a resin gum from the commiphora tree. When the bark is cut a sticky substance is excreted. Myrrh has been used in Chinese medicine since the 7th century to treat infected wounds, pain conditions, lung conditions, gum diseases, and mentrual conditions. Myrrh removes stagnation associated with many pain conditions and soft tissue traumas.

Suberect Spantholobus is also called Millettia vine. It is native to east Asia. The vine gives a rich red resin that is sliced and since dried. Millettia is used to treat a varriety of conditions. Some studies have confirmed its efficacy in treating arthritis, sciatica, skin diseases, cardiovascular disease and some types of cancer.

Licorice has been used medicinally all over the world for centuries. It is arguably one of the most important herbs in the Chinese pharmacopeia. One of the reasons it is so important in Chinese medicine is that it harmonizes the actions of other herbs. It is frequently baked in honey (Zhi Gan Cao) before being included in herbal formulas. It has anti-viral and anti-inflammatory properties.

*The statements on this page have not been evaluated by the Food and Drug Administration. This product is not intended to diagnose, treat, cure or prevent any disease.

Can I take this formula when I am pregnant? Breastfeeding?

This formula is designed to be taken by all patients. If you are pregnant or breastfeeding, please consult your healthcare provider for details.

How do I know that the herbs in this formula are organic?

We strive to use 100% USDA organic ingredients whenever possible. Some ingredients in Chinese herbalism are minerals, as opposed to vegetable, and therefore can not be certified organic by USDA. For our international customers, we have attained 100% BCS Oko-Garantie. This is a standard organic certification for the European Union. Its standards meet or exceed USDA certification requirements and certify for mineral ingredients.

Are there fillers in your formulas?

IAOM uses NO FILLERS, NONE. The ingredients listed on our label are the only ingredients in our bottle. Think this is common practice in the herbal industry? Think again.

As the supplement industry is largely self regulated in the US, there is little to no regulation on how much actual herb is involved in an herbal supplement. Corn, wheat, rice, maltodextrin are all frequently used. Not only do these added ingredients adulterate the efficacy of the formula, but they are a source of hidden allergens in herbs.

How do we know that your herbs are non-toxic?

All of our herbs are grown in China. Whenever ingredients are imported from China, the US FDA requires they are proven for “safety”. The following methods of cleaning are acceptable, according to the FDA, for importation: radiation, sterilization, a chemical wash, sulfurization or ultraviolet rays. That’s right. If you are using Chinese herbs, they have previously gone through one of these processes in order to have cleared customs in the US. The herbs we use in our formulas were treated with UV rays, by far the safest way to ensure their efficacy.

Can I take this formula with other medications?

Our all-natural, Chinese herbal formulas are recommended without knowledge of your medications. Please consult your local healthcare provider before combining our products with your pharmaceutical medications. 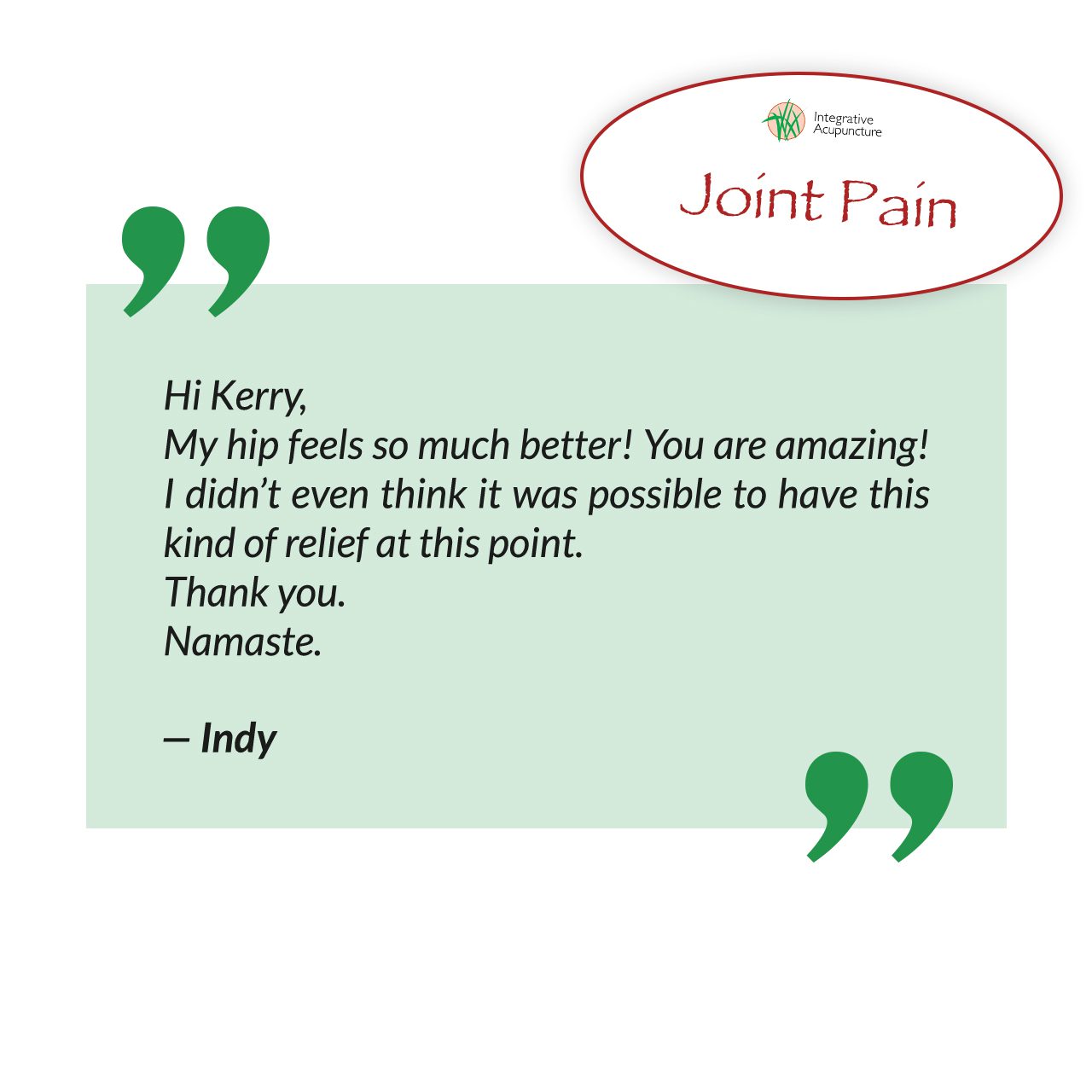 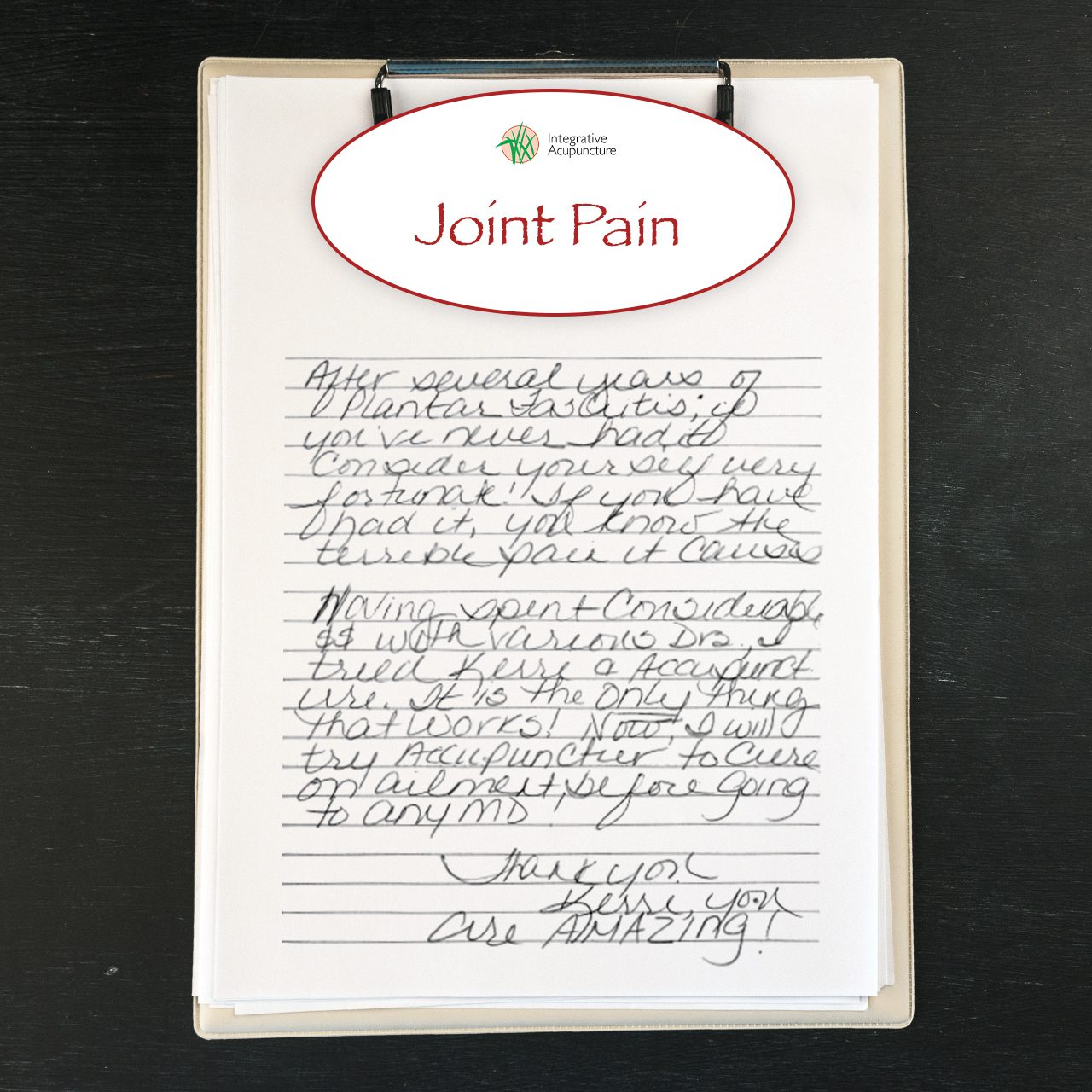 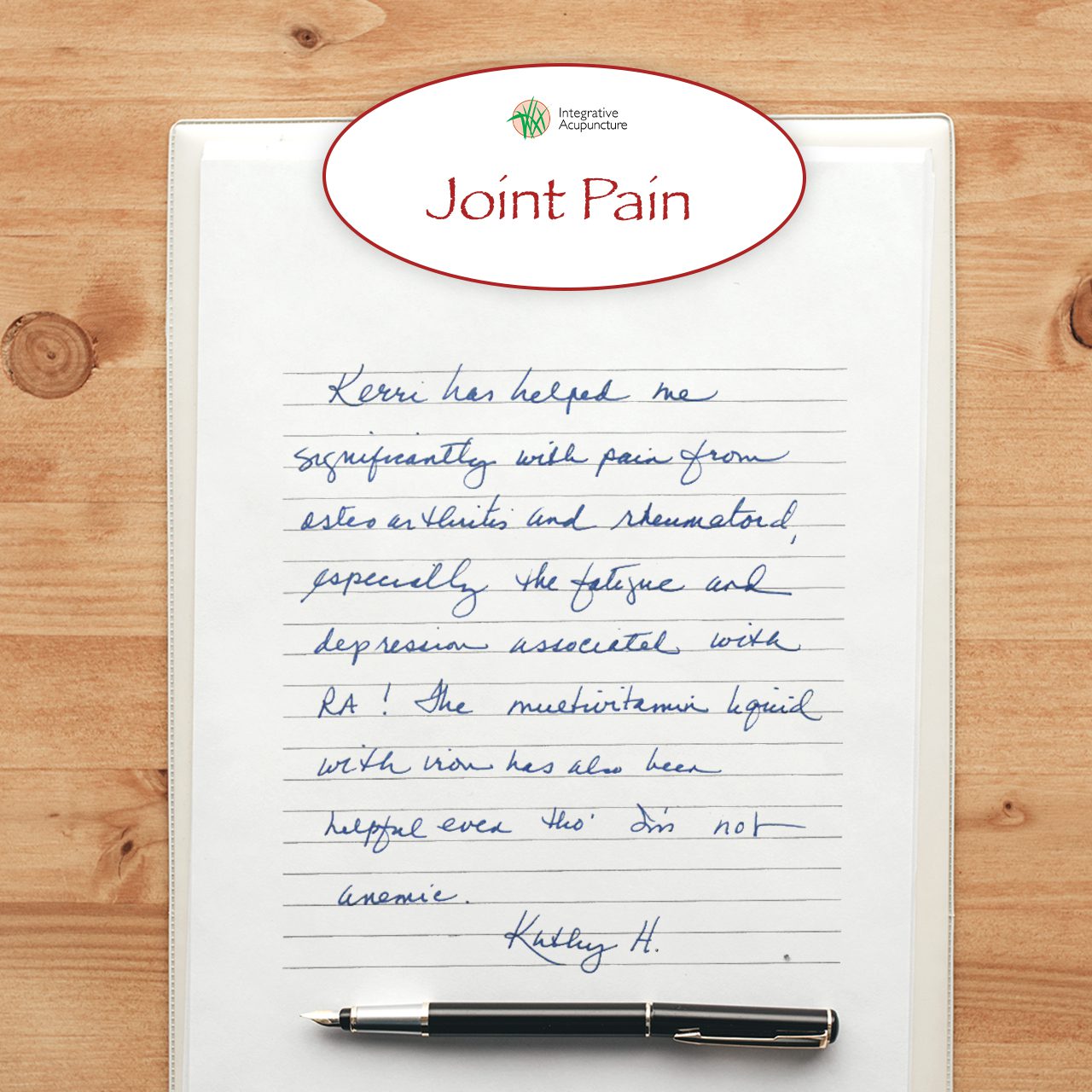 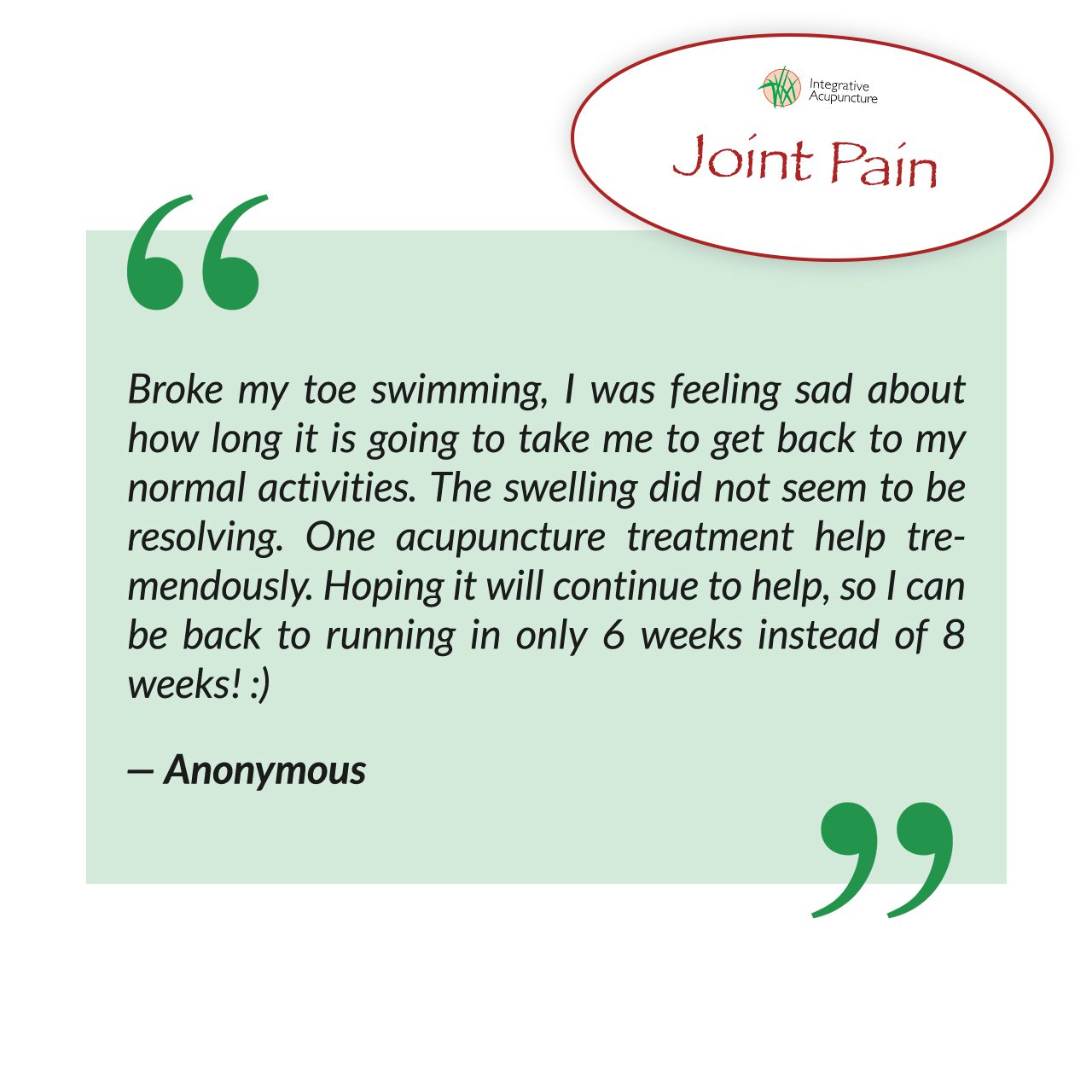