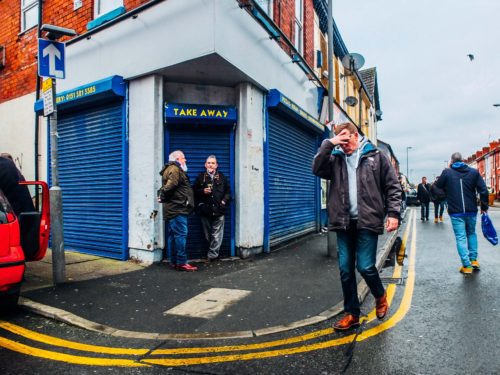 In a 2017 study published in JAMA Internal Medicine, researchers tested the efficacy of regular acupuncture treatments as a preventative measure to reduce the number of migraine headaches their subjects experienced. From a group of 249 participants, ages 18 – 65 years old, the researchers split up the participants into three groups. One group received verified acupuncture once a day for four weeks, one group received so-called “scam acupuncture” during that time and one group was told they had been placed on a waiting list and would receive free acupuncture eventually.

The group that received regular true acupuncture treatments experienced a significant reduction in the number of migraines they experienced compared with members of the other two groups. Researchers also conducted follow-up interviews with all participants for 24 weeks after the treatment ended and found the frequency of migraines, the number of days people had a migraine and the intensity of the pain of those migraines were significantly lower for the group that had true acupuncture treatments than for those in each of the other groups. This study suggests acupuncture can be a powerful preventative measure for migraine headaches as well as a method of reducing the intensity of migraine pain.

In Western medical circles, the jury is still out on the cause of migraines, but doctors largely agree on a few of the factors that can contribute. Many researchers and doctors believe migraines involve some kind of inflammatory response by the body. Acupuncture is often used to manage inflammation in the body. Some researchers have suggested a connection between serotonin production and migraines. Acupuncture can be used to balance serotonin production in the body, thus helping to prevent a migraine from developing. Pain, including migraines, is often connected to reduced blood circulation in the body, which can also be restored through acupuncture.

To be most effective, acupuncture is often combined with herbal medicine and prescribed exercises, such as Tai Chi. Some common herbs, easily found in Western grocery stores, have also historically been used to address headaches. Ginger, peppermint, coriander seed, caffeine and rosemary all have headache-mediating properties. None of these herbs or roots are proven to prevent headaches on their own, however. If you’re curious, contact a licensed acupuncturist for a personalized prescription based on your symptoms.

Overall, acupuncture and Traditional Chinese Medicine seek to address the causes of pain and migraines rather than medicating their symptoms. By reducing inflammation, balancing serotonin production and increasing blood flow, regular acupuncture can help prevent migraines and mitigate their intensity. If you or someone you know suffers from regular migraine headaches, maybe acupuncture can help them!