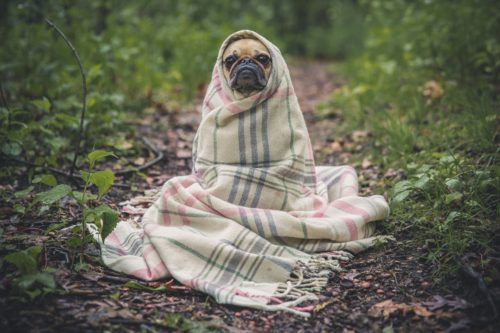 A study published by the Journal of Traditional Chinese Medicine concludes acupuncture treatments can indeed help treat the common cold. The study followed 187 participants based on the onset of when the illness occurred. The participants were divided into two groups. The first group reported an onset time of symptoms within 36 hours and the second group reported an onset of symptoms greater than 36 hours.  Both groups showed significant decreases in symptoms, as well as duration. This study demonstrates how receiving acupuncture treatments can shorten the length of time a person deals with the illness and its symptoms.

The common cold is an acute viral infection that affects the throat and nasal passages. Symptoms of this illness may include headaches, fatigue, a sore throat, nasal congestion, sneezing, a runny nose and coughing. With a normal progression, the throat symptoms, such as coughing, tend to be worse around the fifth day, while the nasal symptoms are nearing the end of their duration. Overall, the symptoms of the common cold tend to last about seven to 10 days. The typical treatment is to make sure you are getting plenty of sleep, taking in enough fluids and using steam to break up the mucus in the nasal passages. Because this illness is caused by a viral infection, the virus must be allowed to run its course, while the symptoms are merely managed.

Traditional Chinese Medicine (TCM) takes a different approach though. It utilizes modalities like acupuncture, cupping and herbal formulas that can dramatically decrease the severity of symptoms and time that somebody suffers from a cold.

The practice of acupuncture can be be used as preventive medicine. Not to say acupuncture can’t be used to treat already existing ailments, because it can, and it works very well in this capacity, but isn’t it better to avoid getting sick than to wait until the ailment is already affecting you? This is where acupuncture can help. Regular acupuncture treatments can increase your immunity, which will help fight off any disease, including the common cold. Acupuncture also helps decrease stress which can be a key factor in any disease. Studies indicate when the body is relaxed and not stressed, the immune system functions more efficiently.

Cupping, another technique utilized in TCM, helps boost the immune system. Cupping creates negative pressure that suctions the skin into the cup. This action causes the cells in the body to develop a greater number of receptors on the surface that can better respond to an enzyme known as heme oxygenase 1. This enzyme acts as an antioxidant that protects your body against harmful elements like the common cold virus.

TCM also uses herbs to prevent and treat many ailments, including the common cold.  For instance, herbs like licorice root, also known as Gan Cao in TCM, can be used to treat a cough. It also has the ability to boost the immune system and help get rid of mucus in the respiratory tract. Cinnamon, or Gui Zhi, is another commonly used herb that helps ward off the common cold.

With all this evidence, it makes perfect sense to start using Traditional Chinese Medicine as a method of preventing the common cold.