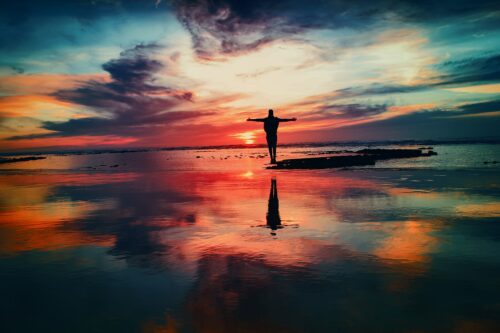 5 Myths to Stop Believing about Acupuncture

5 Myths about Acupuncture You Should Stop Believing

Acupuncture is part of a medical system known as Traditional Chinese Medicine (TCM) that has been around for nearly 3,000 years. Throughout the years, acupuncture has been repeatedly knocked down with outright untruths and myths. Here, we will look at the 5 most popular myths about acupuncture and Chinese medicine. Today, a growing body of research on acupuncture is going a long way to prove the efficacy of acupuncture for a variety of afflictions, and the practice is growing in popularity. If you’re one of those people still on the fence, take a closer look at these five prevailing myths about acupuncture before deciding it’s not for you.

Myth one: Acupuncture is painful.

It’s understandable to think being pricked with multiple needles will be painful or at least uncomfortable. In the West, our experience with needles is primarily through getting shots with hypodermic needles. Those needles are significantly larger than acupuncture needles, which are only about twice the diameter of a human hair. Acupuncture needles are also extremely flexible and can bend to a 90-degree angle without breaking. Rather than pain, most patients report a vague numbness, heaviness, tingling or dull ache around where the needles are inserted.

This couldn’t be further from the truth. In Asia, acupuncture is used to treat just about everything. Stateside, research is showing it alleviates a multitude of ailments, everything from allergies to arthritis. Some hospitals are now offering acupuncture to help alleviate stress and anxiety in the emergency room, and the U.S. military is using acupuncture on the battlefield to help with PTSD.

Over the past decade, scientific studies have come a long way in disproving this claim. Most studies today test the efficacy of acupuncture treatments by performing true acupuncture on a portion of the study participants and sham acupuncture on another group. The sham acupuncture, placing needles in people at random points rather than known acupoints, is meant to test the strength of the placebo effect in acupuncture. Several studies have found that while people in both groups report some change (pain relief, less nausea etc. depending on the study), the group that receives true acupuncture consistently reports more significant change, for a longer period of time, and system-wide change rather than just localized effects where the needles are inserted. In May 2018, the Journal of Pain published a study that looked at acupuncture and chronic pain using data from nearly 21,000 patients. In their study, patients who received sham acupuncture did not see significant changes in their pain whereas the group that received true acupuncture did. This added greatly to the body of evidence showing acupuncture cannot be explained away by the placebo effect.

Myth four: Acupuncture works miracles: it only takes a couple needles to cure you

The truth is that acupuncture works on a cumulative basis, just like building muscle or losing fat by going to the gym. You can’t expect to go to the gym once and look like Dwayne “The Rock” Johnson. It takes time. Depending on how long you’ve been dealing with your ailment, it may take quite a bit of time and multiple treatments. There are no instant fixes when it comes to our health.

This all depends on the practitioner, the type of acupuncture being performed and whether or not you use insurance. Some practitioners offer sliding scale pricing if they don’t accept insurance. Community style acupuncture, typically performed in an open setting with the practitioner treating multiple people at once, is quite affordable. As more and more insurance policies start to cover acupuncture, it is becoming more accessible to more people. Contact your local licensed acupuncturist today for some help debunking these myths.