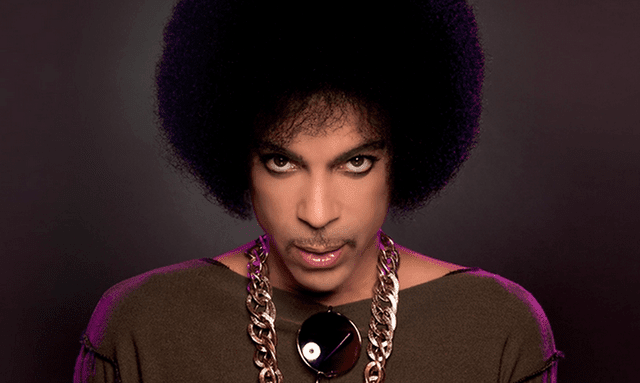 Reposted from our colleagues at Six Fishes

All the doves and the entire world are crying over the loss of Prince, presumably to an overdose of opiates. With his reputation for clean living, it stings even more sharply.

For me-his death compels us to push the conversation for safe pain management. Although the final coroners report is not yet complete, the story as we understand it is that he suffered from crippling hip pain as a consequence of a life of acrobatic performing. We have read that as a Jehovah’s Witness, he was reluctant to have surgery, as blood transfusions are forbidden.

Perhaps he tried NSAIDS first. We don’t know the full details, but we do know that this is a common scenario: Opiates are, all too frequently prescribed for pain management. Percocet, Oxycodone, Vicodin are routinely used to help patients manage chronic pain. This quickly leads to addiction, which then leads the addict to pursue cheaper and more potent heroin. This is one of our gravest public health concerns.

Last November, I wrote to Daniel Hilferty, the CEO of IBX requesting a meeting with his team to implore them to cover acupuncture treatment in the greater Philadelphia area. This editorial is an adaption of that letter, for which I received assistance from acupuncturists across the country. Mr. Hilferty, if you are reading this, I would still like to meet with you.

According to the CDC[i], since 2000, the rate of deaths from drug overdoses has increased 137%, including a 200% increase in the rate of overdose deaths involving opioids (opioid pain relievers and heroin). From 2000-2014 we have lost nearly half a million people to overdoses. According to the NY Times[ii], fatal heroin overdoses in America have almost tripled in three years. More than 8,250 people a year now die from heroin. At the same time, roughly double that number are dying from prescription opioid painkillers, which are molecularly similar. Heroin has become the fallback dope when an addict can’t afford, or find, pills. Total overdose deaths, most often from pills and heroin, now surpass traffic fatalities.

As a practicing acupuncturist for 34 years, this fills me with sorrow, frustration and anger. I am saddened by the loss of life. I am frustrated by the short sightedness of health insurance to exclude acupuncture coverage and I am angry with physicians who prescribe such medication without exploring safer options first. For each and every patient with acute and chronic pain, acupuncture should be the first line treatment. I have treated thousands of patients, and it is rare when pain is not relieved. I live and practice in Philadelphia, which is considered one of the top 3 heroin capitals in the US. A city where the main insurer, Independence Blue Cross, does not cover acupuncture treatment.

We have social and moral imperative to treat pain safely, again making a strong case for the integration of acupuncture as a first line of treatment, thus helping to prevent drug addiction and death. Even as the accepted use of medical marijuana gains steam in the US, acupuncture is still safer.

Acupuncture should be an essential modality for the treatment of all pain, thus helping to prevent drug addiction

Let’s seize this moment to push the conversation about how we manage pain care in the US.

Need convincing? Here are the facts:

The CDC reports “Deaths from prescription painkillers have reached epidemic levels in the past decade” and recommends Health Insurers “Increase coverage for other treatments to reduce pain” [iii].

In 2013 Pennsylvania ranked 14th nationally drug overdosing[iv]. Acupuncture has been successfully used to treat addictions since 1985[v].
According to a report published by the Institute of Medicine in June 2011: Chronic pain affects at least 116 million American adults – more than the total affected by heart disease, cancer, and diabetes combined. Pain costs the nation up to $635 billion each year in medical treatment and lost productivity[vi].
On November 7th, 2015, the New York Times published an article discussing an alarming report from the Woodrow Wilson School of Public and International Affairs and Department of Economics, Princeton University, about the steady increase in the mortality rate of middle-aged white Americans. “Opioid painkillers like OxyContin prescribed by physicians contribute significantly to these drug overdoses.[vii][viii]”
And for numerous reasons, not only pain relief, it is time for acupuncture therapy to take its proper place in the broader system of health care delivery. I have outlined several important points to support this: 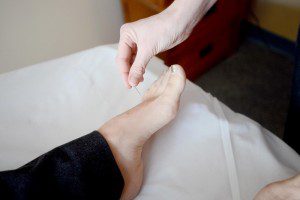 Acupuncture therapy is a clinically effective treatment supported by numerous studies. It is both pragmatic and forward thinking to utilize acupuncture therapy, because it is an effective, time-tested modality with virtually no side effects.

In January 2015, the Joint Commission determined that acupuncture should be considered a first line treatment for pain management[ix].
In September 2012, The Archives of Internal Medicine published a meta-analysis demonstrating clear efficacy of acupuncture for a variety of chronic pain conditions. The National Institutes of Health is calling it the most rigorous evidence to date that acupuncture may be helpful for chronic pain.[x] In 1997 the NIH approved acupuncture as an adjunctive treatment for several conditions including pain, nausea, asthma, carpal tunnel syndrome and paralysis from stroke.
Over 500 positive clinical trials measuring the efficacy of acupuncture have been conducted in the past three decades.
The World Health Organization recognizes that acupuncture can treat a range of painful and non painful diseases, symptoms or conditions for which acupuncture has been proved-through controlled trials-to be an effective treatment. Adverse reactions to radiotherapy and/or chemotherapy, Allergic rhinitis (including hay fever), Biliary colic, Depression (including depressive neurosis and depression following stroke), Dysentery, acute bacillary Dysmenorrhea, primary Epigastralgia, acute (in peptic ulcer, acute and chronic gastritis, and gastrospasm), Facial pain (including craniomandibular disorders), Headache, Hypertension, essential Hypotension, primary Induction of labor, Knee pain, Leukopenia, Low back pain, Malposition of fetus, correction of Morning sickness, Nausea and vomiting, Neck pain, Pain in dentistry (including dental pain and temporomandibular dysfunction), Periarthritis of shoulder, Postoperative pain, Renal colic, Rheumatoid arthritis, Sciatica, Sprain, Stroke, Tennis elbow.[xi]”
A Stanford University study has found that acupuncture is effective for reducing the need for sedative medications for neonates and infants undergoing treatments in the intensive care unit, thus, relieving the suffering of our most vulnerable citizens[xii].

Acupuncture has been rated at the highest level of effectiveness in the treatment of low back pain in two large studies (Cochrane and the British Government), and as a result of these studies the British and German health care systems now pay for acupuncture.
There are at least 50 systematic reviews of acupuncture in the Cochrane databases. Overall, the trend has been favorable, advocating the use of acupuncture in a clinical setting as an adjunct treatment with conventional therapies, where suitable.
Positive studies include acupuncture treatment for low back pain, neck pain, osteoarthritis of the knee and hip, fibromyalgia, rheumatoid arthritis, TMJ, headaches, infertility, pain and nausea in cancer patients.
On October 13th, 2015, The Guardian published, “Should acupuncture be used more widely in the NHS?” where it discusses the inclusion of acupuncture in labor and delivery, irritable bowel disease and musculosketal disorders. In one study, 14 patients opted for acupuncture treatment instead of surgery, resulting in savings of £100,000 (approx. $150,000- for only 14 patients). Knee pain due to osteoarthritis is an example of a condition commonly treated by acupuncture. Another study found that when acupuncture was added to the standard treatment protocol for arthroplasty of the knee, over one-third of patients were able to avoid surgery, resulting in a savings of $9,000 per patient. The Journal of Bone and Joint Surgery estimates that by 2030, the demand for primary total knee arthroplasties is projected to grow by 673% to 3.48 million procedures due to an increase in the aging U.S. population. If one-third of those patients could avoid surgery through acupuncture care, this could generate a total savings of $10.44 billion [xiii].

Acupuncture therapy is an essential health benefit in California.
Regionally, FEP Blue Cross Blue Shield, Horizon HealthCare, Aetna, AmeriHealth, Anthem, Cigna, and Empire BlueCross cover acupuncture therapy among others.
According to the American Academy of Medical Acupuncture, reflecting public demand, an estimated 70 to 80 percent of the nation’s insurers covered some acupuncture treatments in 1996[xviii].
The findings from the 2002 National Health Interview Survey, 4.1% of the respondents reported lifetime use of acupuncture[xix].

According to a 2009 report from the Society for Acupuncture Research[xx], One of the advantages of acupuncture is that the incidence of adverse effects is substantially lower than that of many drugs or other accepted medical procedures used for the same conditions.
Acupuncture is a safe and cost-effective form of medicine that has been practiced and refined for more than 2500 years. Acupuncture uses ultra-thin disposable needles to balance and increase energy and stimulate the nervous system to release brain chemicals for relaxation and well-being.
Studies in Europe and Japan showed that less than 0.2% of all individuals treated with acupuncture experienced adverse effects.

4. Acupuncture Therapy is part of the national health conversation:

In February of 2015, the National Health Statistics Report among adults in US surveyed in 2012, the use of acupuncture in past 12 months was 1.5%. That’s nearly a 40% increase since the first survey 2002[xxi].
In October 2015, United States Representative Judy Chu has just introduced the Acupuncture for Heroes and Seniors Act. This proposed legislation would provide acupuncture for members of the military, veterans, senior citizens and their families[xxii].
The 2015 Nobel Peace Prize was awarded to Youyou Tu for her research on the use of Artemesia Annua- Qing Hao for malaria, demonstrating how effective herbal medicine can be in saving lives[xxiii].
The esteemed Cleveland Clinic now includes both acupuncture therapy as well Chinese Herbal Medicine as part of their health care services. They recognize acupuncture therapy as a compliment to Western medical treatment[xxiv].
The Emergency Department at Abbott Northwestern Hospital in Minneapolis, Minnesota now employs a full time acupuncturist to treat patients in the ER for pain, nausea and anxiety. 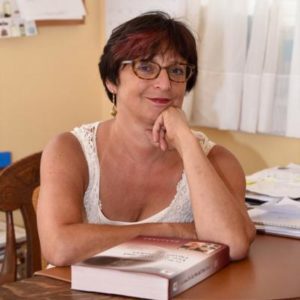 Cara Frank has been a practitioner and teacher of Acupuncture and Chinese herbology since 1993. She is a popular lecturer, known especially for her clear and humorous teaching style. Cara has demystified Chinese Herbology for acupuncturists, doctors, nurses, veterinarians, botanists and researchers.

Cara’s initial training was at the New England School of Acupuncture where she is a 1983 graduate. She is a 1988 graduate of Empire State College, where she received a Bachelors of Professional Studies in Chinese Medical Studies. Her herbal training was with Ted Kaptchuk, OMD, Simon Mills and at the Xi Yuan Hospital in Beijing, China. It was in China, that her love affair with Chinese herbs took root, and still flourishes. Recently, Cara has studied Classical Formulas with Dr Huang Huang of Nanjing.